Death Star Was a Mistake

The Death Star Was Palpatine’s Second Huge Mistake. According to experts, the Empire was in great shape before making a ludicrous, predictably disastrous blunder.

In Rogue One, Jyn Erso says “rebellions are built on hope,” but empires — like the one run from Coruscant by Emperor Palpatine in Star Wars — are built on organization. And the way the Galactic Empire organizes its capital and resources in Star Wars is, from a strategic standpoint, absolutely ludicrous. In A New Hope, an Imperial general with giant mutton chops wonders aloud how the Emperor will maintain control through force rather than bureaucracy. It’s a reasonable query: When the Empire begins to legislate by force alone, something that happens at roughly the time Rogue One occurs, it almost invites a successful uprising. The Rebels don’t need hope because, functionally, the Empire has already kneecapped itself.

In the sixth film in the nerd-rival franchise to Star Wars, Star Trek: The Undiscovered Country, Klingon General Chang remarks that “In space, all warriors are cold warriors.” This is true. Modern research on armed conflict in space leads inevitably to engineering competition and a scramble for ports. Professor Charles Cockell of the University of Edinburgh explains that destructive revolutions are a disaster in space precisely because expensive assets (read: space stations) are vulnerable to being cut off or blown up.

In The Lethality of Interplanetary Warfare: A Fundamental Constraint on Extraterrestrial Liberty, researchers Steven Baxter and Ian Crawford reinforces the idea that human beings, even those in a galaxy far, far away, would be downright insane to let conflicts get to the point they do in Star Wars.

“An interplanetary ‘war of liberation’ could not be waged without threatening the survival of the human species itself,” they write. Meaning, the militarization of the Empire, by definition, injures the empire. 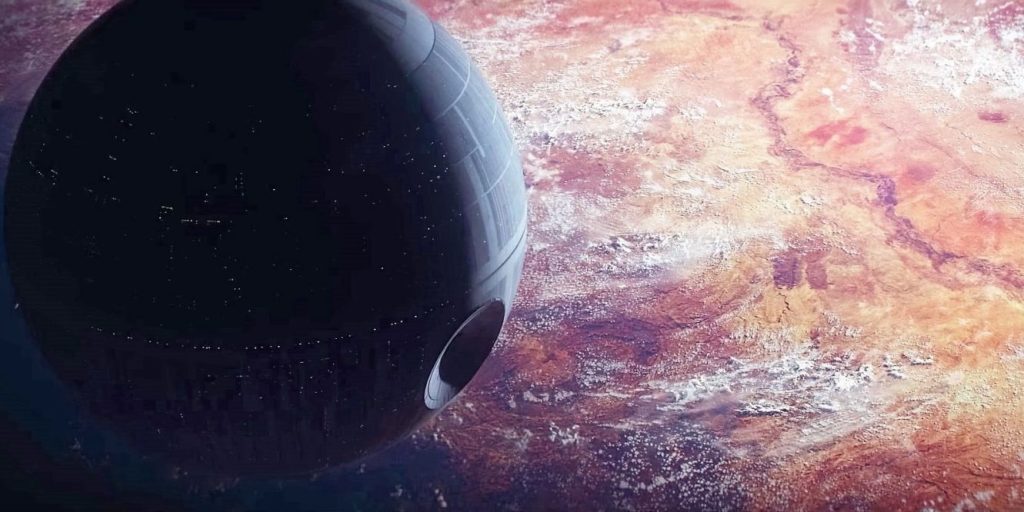 Human beings are, of course, dumb enough to create all sorts of destructive tools, from nuclear weapons and cheeseburgers, to end themselves. But, if Emperor Palpatine truly is the mastermind of Imperial strategy, the alacrity with which he pursues self harm makes him a standout. The best way to help the Rebels get really excited about organizing and fighting back was to dissolve the senate and build a superweapon. Give a bunch of people a cause and a target and, if Earth history is any precedent, the shooting is going to start.

For years prior, Palpatine was slick: He made it seem like he didn’t want to be the “Supreme Chancellor” of the Republic. He was popular with the people and stayed in office way past his term. If Palpatine was actually smart, he would have kept things like they were in the prequels. When he reorganized the Republic into “The First Galactic Empire,” he actually showed his hand. Democracy ended with a whimper and Padmé got one good line off, “This is how liberty dies,” before the rebellion began in the hearts and minds of the oppressed.

Granted, we have no idea what the Emperor really wanted for his Empire in the long run, but if it was just more power, he already had a pretty good system in place. Puppet governments make colonial organizations strong. In Revenge of the Sith, Palps claims he need to kill the Jedi because otherwise, it would be “civil war without end.” This is ridiculous. He’s the guy who starts the war. His failure to convert Jedis not named Anakin can be chalked up to a lack of trying. 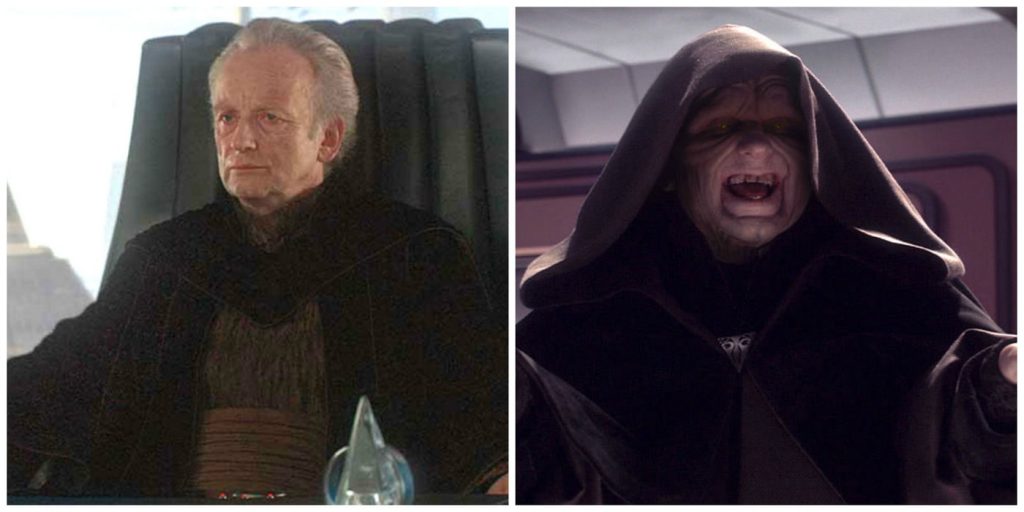 Besides, an orchestrated civil war between the Republic and the Separatists was actually what kept the Emperor in power in the first place. Killing all the Jedi made the populous suspicious of the Empire and made it clear that the Emperor was a dangerous maniac. Luke was right when, in Return of the Jedi, he told the Emperor that his overconfidence was his weakness.

If killing all the Jedi was the Emperor’s first mistake, then creating the Death Star wars his second. Maintaining even an illusion of liberty would have been a better decision than the outright martial law imposed by the Death Star. As Baxter and Crawford explain, “It is therefore essential that an interplanetary political framework is established that guarantees colonial liberty without resource to conflict.”

Functionally, once the Emperor invites the dangerous destruction of an interplanetary rebellion, he creates another problem: figuring out how to control the resources to keep the military might of the Empire functioning. Nominally, the Empire’s home base is the planet Coruscant, the outer space equivalent of Rome. But in space, how do you make sure all roads actually lead to Rome, when there are no roads? In Star Wars, space doesn’t have roads. 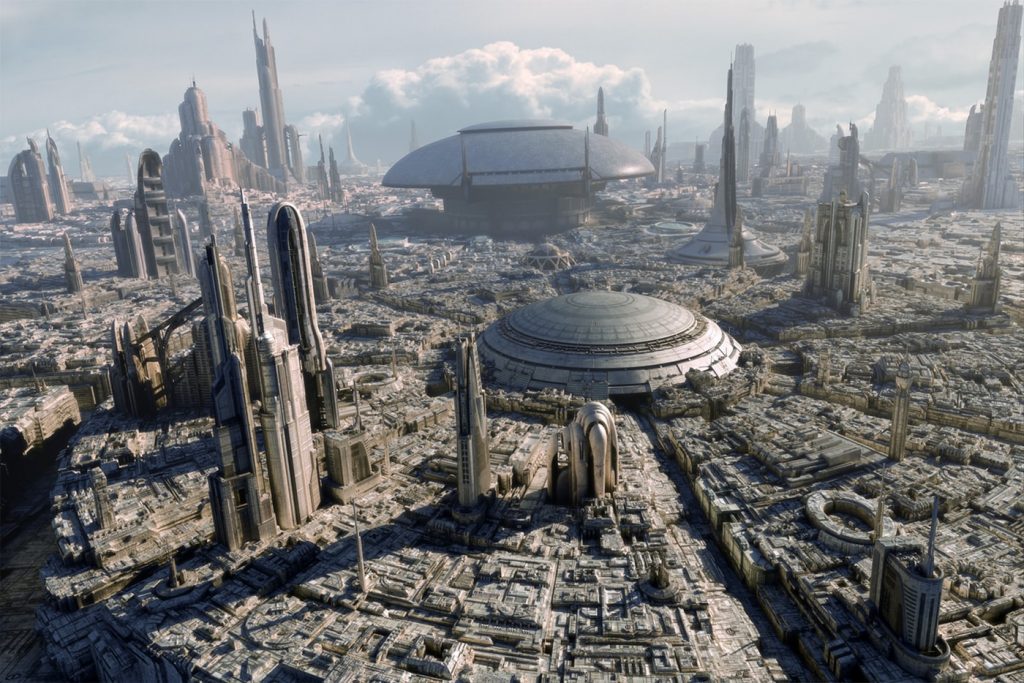 “From a purely self-interested point of view, does it make political or economic sense for one star system to own another one?” The Magacians author and Star Wars fan Lev Grossman asks.

Grossman suspects that the Empire in Star Wars might have a wonky time regulating other planets because of the weirdness of hyperdrive combined with the vastness of space. Grossman further explains that Coruscant trying to subjugate Jedah or Tatooine is super impractical: “It’s like that house upstate that you spent a bundle on but never feel like driving to.”

Daniel Abraham, half of the writing partnership known as James S.A. Corey that authored the Expanse novels has spent a lot of time thinking about travel between our own solar system and other solar systems is and interstellar networks. In The Expanse he details the logistics of how Earth, Mars, the Asteroid Belt, and the Outer Planets would actually interact both politically and economically.

“[The ocean] is one of the ways we try to make sense of space in science fiction, and the closest thing we can compare it to is the ocean,” Abraham says. “But you don’t control shipping lanes, you control ports,” His writing partner, Ty Franck continues. “There’s no way to control hyperspace or who uses it, the only thing you can do is control the ports. For any of that to work, you’d have to have a strong ground presence where goods are brought and dropped off.” Here, the Empire is doing at least one thing right: They’ve got a strong ground presence with tons of stormtroopers on seemingly every single planet they subjugate.

Under their shared nom de plume, Abraham and Franck actually wrote the “last” of the Star Wars “Expanded Universe” novels, Honor Among Thieves in 2014. “We turned off the lights of the EU,” Abraham jokes. In the novel, the duo plays with the idea of eliminating hyperspace from the galaxy of Star Wars. “When you have hyperdrive … you can ship things over long distances … the huge mcguffin [of Honor Among Thieves] we were fighting over was a tool that would shut down hyperspace, and would make it so you could not ship things from one place to another. The stars became isolated again.”

In Rogue One, the Empire has already politically isolated itself by building the Death Star. To extend Grossman’s second home analogy, what the Empire is doing is not only buying an extra property they don’t ever want to visit, but then bizarrely setting it on fire, too. If you blow up planets you presumably want to rule — and obtain resources from — you’re doing more than shooting yourself in space boot. You’re inviting the dismantling of an Empire which hardly should have been able exist to begin with. The Rebels may seem scrappy and desperate in Star Wars, but if the Empire had been smart, they would have never give the Rebels a reason to rebel in the first place.