There is something inherently fascinating about the dark, about the more morally ambiguous parts of life, of others and of our own selves.

We want justice. People who believe in a just world suffer less stress and depression, and enjoy life more than people who do not. Many cultures teach their members from childhood to believe the world operates with natural order and justice – the just world phenomenon that comforts us because most of us, even the worst of us, consider our selves basically good and worthy. Our need to believe justice will prevail even when the system fails, even when criminals evade arrest or avoid conviction, makes us want there to be somebody out there who can and will get them eventually.

Regardless of possible mythical or archetypal reasons for the Dark Knight’s appeal, we like him because he’s fully human. Batman’s the superhero with no superpowers. He can walk into a room full of people who fly, read minds, and run faster than light, and yet he’s the one who intimidates them. His personality defines him, not superpowers. His origin defines him as well, so much so that it’s part of his personality. Bruce Wayne doesn’t hail from some alien planet or mythical island, and his abilities don’t come from any magic ring, secret formula, or radioactive mishap. He was – and in many ways is – a little boy whose parents got gunned down in front of him. 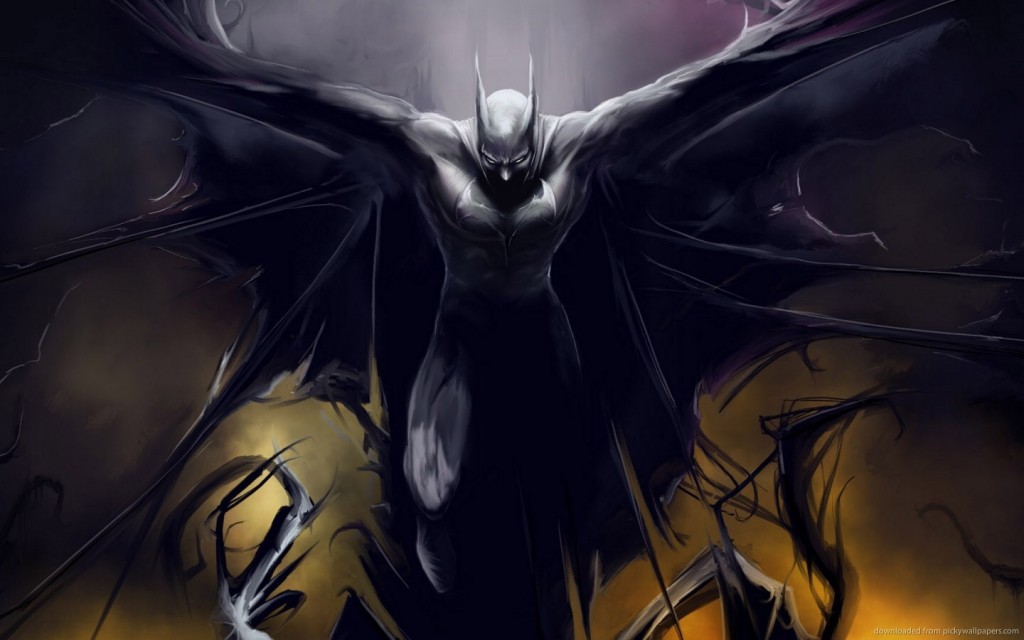 Batman is fully human and a horrible trauma leads him to wear a mask and wage his war on crime. We can contemplate real psychological issues that drive people to do extreme things. Psychologists can examine how well he does or does not fit the symptoms of a variety of disorders. When a guy runs around dressed like a bat, we have to wonder: Why the mask, the bat, and the underage partner? Why does he really wear a costume to fight crime? Why are his most intimate relationships with “bad girls” he ought to lock up? And what about that seriously disturbed clown?

Whether Batman has any specific mental disorder is a topic for another time. The point right now is that his characteristics and fictional biography provide plenty for anyone to mull over from a psychological perspective. There is so much about Bruce Wayne that is dangerous and undesirable that we ignore because he is the protagonist. However, if the tables were turned, would we really empathise with a man who goes around twisting the justice system to his own whims and beating the snot out of whoever he deems fit? 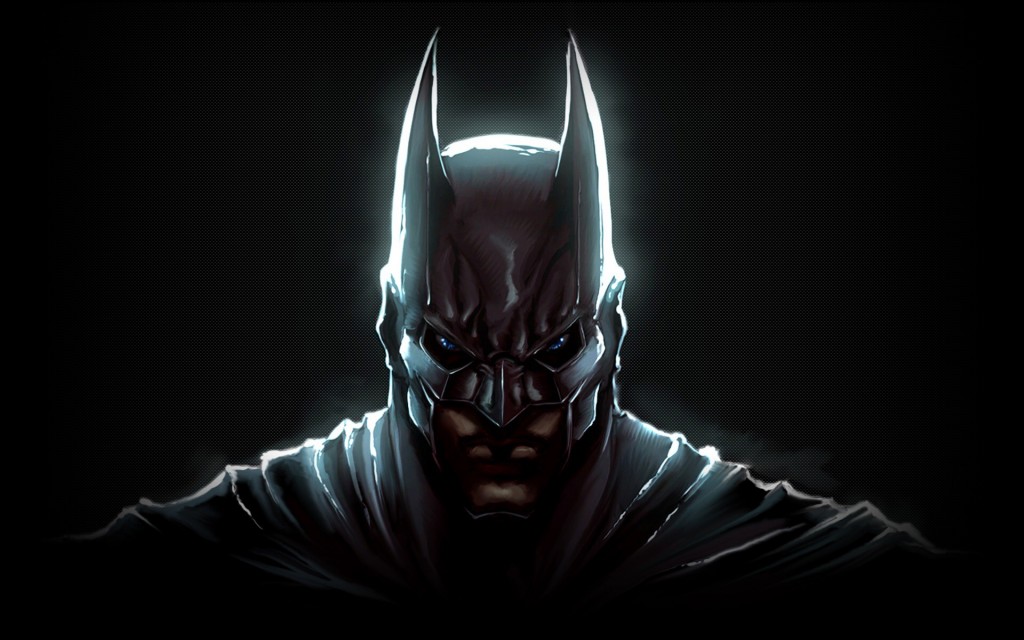 The true fact is that there is no Bruce Wayne. There is only Batman. His human side is all a façade and there is no man under the hood. If you dig under the surface of Batman, you only find more Batman. That is not the kind of person who is fit for service over people. We need some one with a human heart who has empathy and mercy, instead of just a monotone broken soul who has exact morals of right and wrong. That isn’t the makings of a safer Gotham, the is the seedling for a totalitarian state.

Bruce Wayne is one of the richest men in Gotham and all of his super hero abilities are a product of his incredible wealth. So why is it we see him so often beating up thugs who are dirty, in raggedy clothes and look like they have had a rough time of life? Of course there thugs are employed by super villains because they are unemployed and possibly even homeless. They work out of necessity for these people. So why are we applauding this rich man using all his fancy toys on beating the snot out of poverty stricken people? Bruce Wayne could help clean up the streets of Gotham by investing in Wayne Enterprises and creating more jobs and income for the city, instead of solving everything with just his fist. These people need jobs and financial help. Not broken jaws because of some psychopath’s perverted ideas of justice. 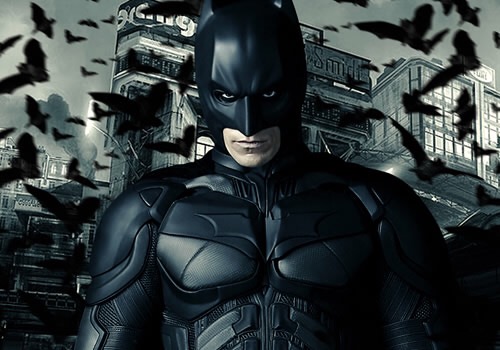 The Shadow archetype represents your own dark side, not necessarily your evil side but the part of you that is hidden, out of the light, the sum of those characteristics you conceal from both the world and yourself. Bruce Wayne confronts his own darkest nature early in life, chooses to work with it, and uses it to instill fear in others. His bright and dark sides work together to fight evil. Batman appeals to our own need to face and manage our own Shadow selves. We want Batman in our shadows.

Spider-Man and Superman are heroes because of their great upbringing, because their adoptive parents taught them through word and deed that with great power comes great responsibility. Bruce Wayne’s altruistic parents similarly taught him to help those who have less than himself. Upbringing helped make heroes of all three, but a radioactive spider and extraterrestrial biology made superheroes of two of them. Batman made himself super. Through years of hard work and sheer determination, he built himself into the person he wanted to become, and that’s inspiring. We know we can’t become Spider-Man or Superman. Maybe we know we can’t become Batman either, but Bruce Wayne nevertheless helps us feel that we can become something great, something of our own choosing. 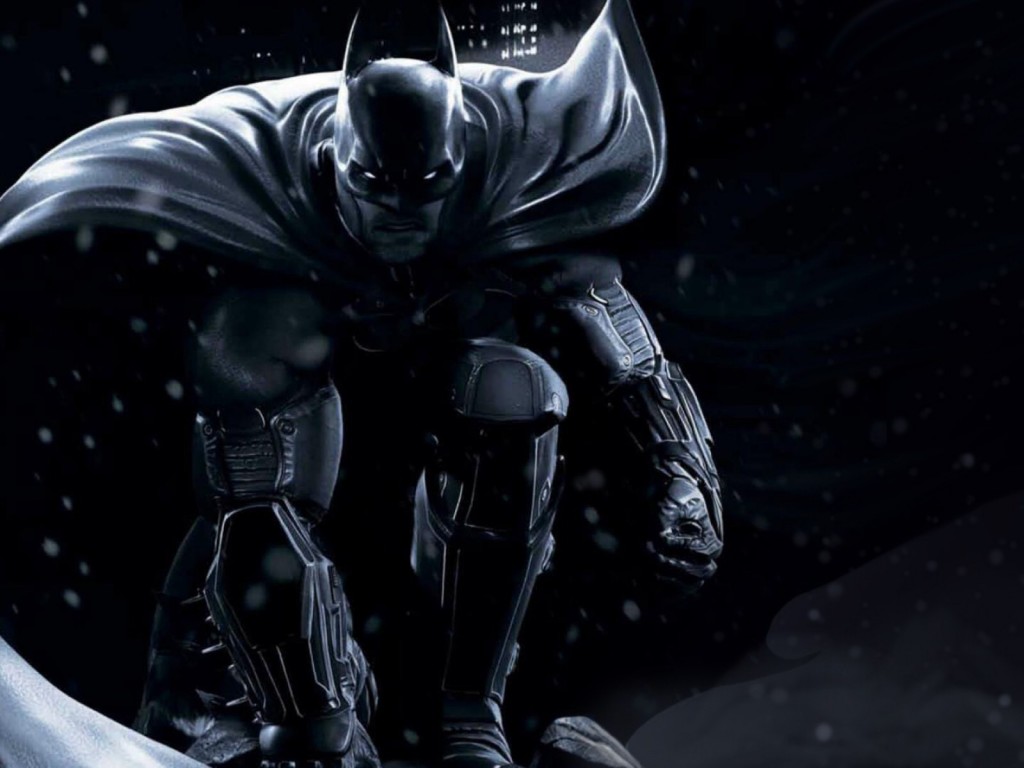 Duality and obsession, his enemies’ and his own, fill Batman’s stories. His enemies reflect and distort facets of himself. What psychopathologies lurk in the minds of supervillains like the Joker, the Riddler, Two-Face, and Catwoman? Are they really rogues and villains, or simply misunderstood victims of a heartless society? Do Batman and his foes depend on each other?