In publishing and graphic design, lorem ipsum is the name given to commonly used placeholder text (filler text) to demonstrate the graphic elements of a document or visual presentation, such as font, typography, and layout. The lorem ipsum text, which is typically a nonsensical list of semi-Latin words, is an edited version of a Latin text by Cicero, with words/letters omitted and others inserted, but not proper Latin. The closest English translation would be pain itself (dolorem = pain, grief, misery, suffering; ipsum = itself).

As nonsense (not actual Latin), the text is not italicized. The text often begins as Lorem ipsum dolor sit amet, consectetur adipisicing elit. 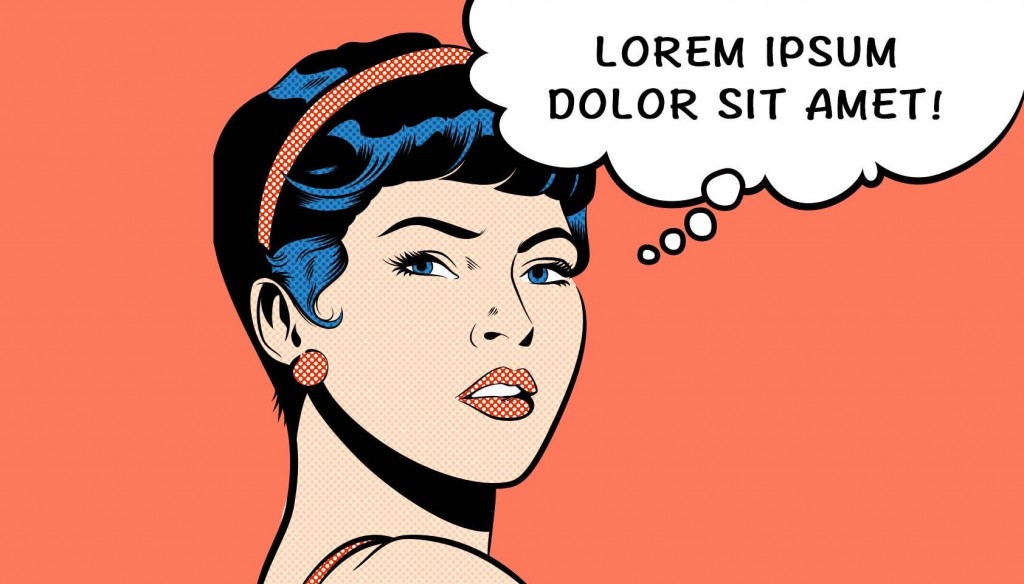 Even though using lorem ipsum often arouses curiosity because of its resemblance to classical Latin, it is not intended to have meaning. Where text is visible in a document, people tend to focus on the textual content rather than upon overall presentation, so publishers use lorem ipsum when displaying a typeface or design elements and page layout in order to direct the focus to the publication style and not the meaning of the text.

A variation of the common lorem ipsum text has been used since at least the 1960s, and possibly since the 1500s, to provide a filler text during typesetting.

The text is derived from sections 1.10.32-33 of Cicero’s De finibus bonorum et malorum(On the Ends of Goods and Evils, or alternatively [About] The Purposes of Good and Evil). The original passage began: Neque porro quisquam est qui dolorem ipsum quia dolor sit amet, consectetur, adipisci velit (Translation: Neither is there anyone who loves grief itself since it is grief and thus wants to obtain it). It is not known exactly when the text acquired its current standard form; it may have been as late as the 1960s. The passage was discovered by Richard McClintock, a Latin scholar who is the publications director at Hampden-Sydney College in Virginia, by searching for citings of the rarely used Latin word consectetur in classical literature.

The standard chunk of lorem ipsum used since the 1500s is reproduced below. Sections 1.10.32 and 1.10.33 from de Finibus Bonorum et Malorum by Cicero are also reproduced in their exact original form, accompanied by English versions from the 1914 translation by H. Rackham. 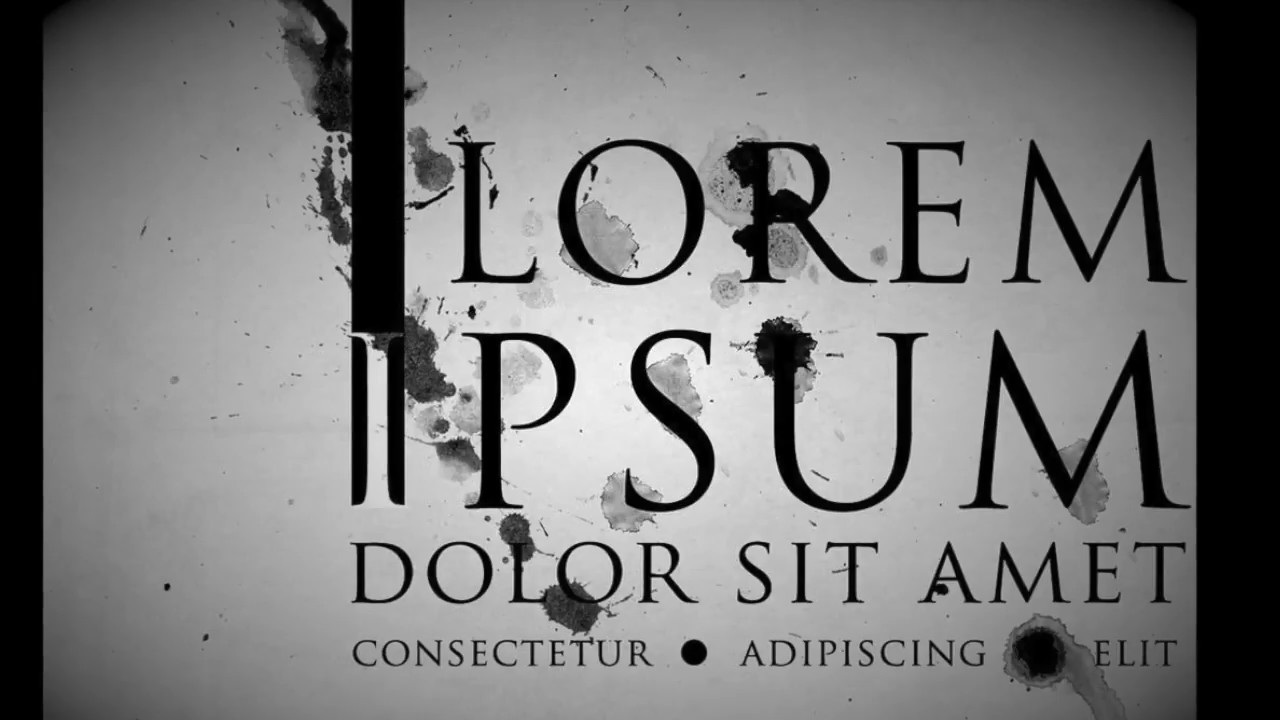 The standard Lorem Ipsum passage, used since the 1500s

But I must explain to you how all this mistaken idea of denouncing pleasure and praising pain was born and I will give you a complete account of the system, and expound the actual teachings of the great explorer of the truth, the master-builder of human happiness. No one rejects, dislikes, or avoids pleasure itself, because it is pleasure, but because those who do not know how to pursue pleasure rationally encounter consequences that are extremely painful. Nor again is there anyone who loves or pursues or desires to obtain pain of itself, because it is pain, but because occasionally circumstances occur in which toil and pain can procure him some great pleasure. To take a trivial example, which of us ever undertakes laborious physical exercise, except to obtain some advantage from it? But who has any right to find fault with a man who chooses to enjoy a pleasure that has no annoying consequences, or one who avoids a pain that produces no resultant pleasure? 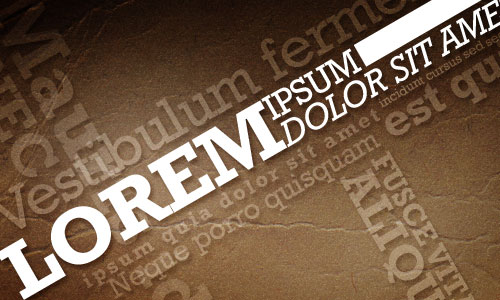 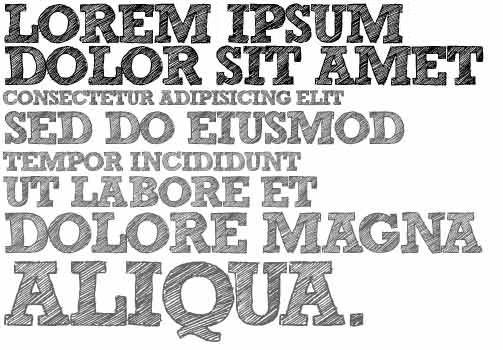 On the other hand, we denounce with righteous indignation and dislike men who are so beguiled and demoralized by the charms of pleasure of the moment, so blinded by desire, that they cannot foresee the pain and trouble that are bound to ensue; and equal blame belongs to those who fail in their duty through weakness of will, which is the same as saying through shrinking from toil and pain. These cases are perfectly simple and easy to distinguish. In a free hour, when our power of choice is untrammelled and when nothing prevents our being able to do what we like best, every pleasure is to be welcomed and every pain avoided. But in certain circumstances and owing to the claims of duty or the obligations of business it will frequently occur that pleasures have to be repudiated and annoyances accepted. The wise man therefore always holds in these matters to this principle of selection: he rejects pleasures to secure other greater pleasures, or else he endures pains to avoid worse pains. 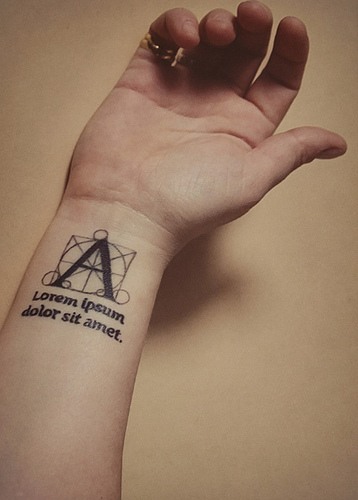 It is a long established fact that a reader will be distracted by the readable content of a page when looking at its layout. The point of using lorem ipsum is that it has a more-or-less normal distribution of letters, as opposed to using ‘Content here, content here’, making it look like readable English. Many desktop publishing packages and web page editors now use lorem ipsum as their default model text, and a search for lorem ipsum will uncover many web sites still in their infancy. Various versions have evolved over the years, sometimes by accident, sometimes on purpose (injected humour and the like).

Many variations on the standard lorem ipsum text exist, some with little resemblance to the original. Other versions have additional letters — such as k, w, and z — that were uncommon or missing in the Latin language, and nonsense words such as Z.zril, takimata, and gubergren added to the original passage to achieve a distribution of letters that more closely approximates English. 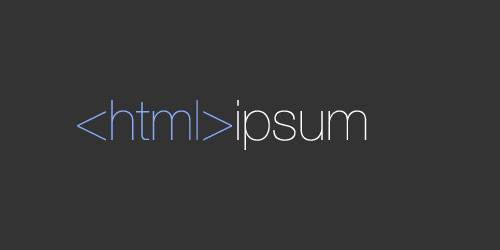 Today’s popular version of lorem ipsum was first created for Aldus Corporation‘s first desktop publishing program Aldus PageMaker in the mid-1980s for the Apple Macintosh. Art director Laura Perry adapted older forms of the lorem text from typography samples – it was, for example, widely used in Letraset catalogs in the 1960s and 1970s. (Anecdotes suggest that the original use of the lorem ipsum text was by Letraset, which was used for print layouts by advertising agencies as early as the 1970s.) The text was frequently used in PageMaker templates.

Various pieces of software, including text editors (or plug-in modules for same), can generate semi-random lorem text that often has little or nothing in common with the canonical variety, other than looking like (and often being) jumbled Latin. Apple’s Pages software uses this jumbled text as a sample screenplay for their screenplay layout. Lorem ipsum is also featured on Joomla! web content manager. Microsoft Word 2007 and the 2010 beta have a lorem feature accessible by typing =lorem(i) or =lorem(i, j), where i and j are natural numbers. The i denotes the number of paragraphs and j (default 3) denotes the number of sentences per paragraph.